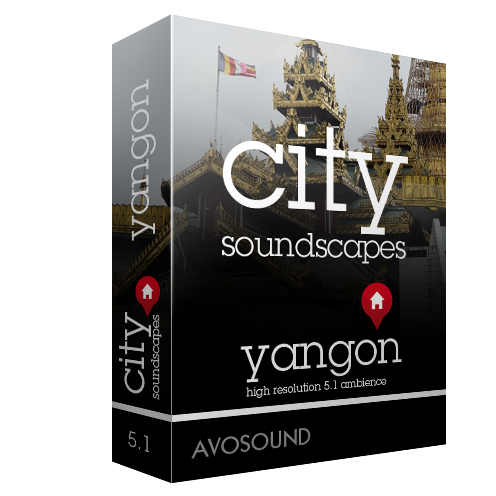 Unlike other Asian cities, Yangon's streets are not clogged with countless mopeds. The traffic actually moves in a relatively orderly fashion, with cars appearing to be the preferred mode of transportation. Apart from shiny new cars, the streets are also busy with rickety old buses that make a hell of a noise and come with their very own announcers who - at the top of their lungs - inform passengers about the direction of travel and the number of the bus. In a similarly shouty way, they also make sure that passengers mount and dismount quickly. Unless you actually understand the Burmese language or are able to read it, you better travel on foot.

Yangon is separated by its eponymous river. There are no bridges across it, so the only way to travel to the other side of the city is by taking one of the big ferries or, alternatively, one of the countless little boats that offer taxi services. At rush hour, the jetties are busy with incessantly sputtering little motor boats that bring people across the river.

It glitters with gold and countless gem stones in the centre of Yangon: the Shwedagon pagoda is the sacred national symbol of Myanmar and houses - according to legend - eight hairs that belonged to the buddha (before he gifted them more than 2,500 years ago). As soon as the sun sets, the halls and rooms of this magical place around the 90-metre-high stupa begin to fill with Burmese pilgrims and families visiting their saints and celebrating their religious feasts. If you can't make it to this impressive place, here's your chance to at least listen to its sounds and atmosphere. But a visit to this radiant place is still highly recommended -- you won't ever forget it again.

A chat in the tea house is part of everyday life in Burma.

All tracks in the City Soundscapes Yangon sound archive are also individually available for download. You can preview all the tracks in mp3 quality in the Avosound Online Sound Archive and then order and download them instantly.

In addition to the mp3 preview, all sounds in the Avosound Online Sound Archive feature a waveform and spectrum monitor that provide visual information about the recording. Please click here to browse the Archive.

Apart from the Yangon city sounds, the City Soundscapes Mynamar sound archive also contains recordings from the cities Mandalay, Hispaw, Pin U Lwyn and many others.