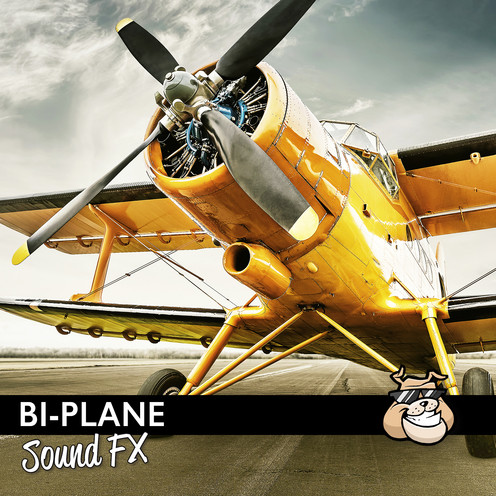 The Stearman is a biplane, formerly used in the United States as a military training aircraft. More than 10,000 biplanes were built during the 1930 and 1940. Widely known as the Stearman or Kaydet, it served for the United State Airforce and with the Royal Canadian Air Force as the Kaydet throughout World War II.

In the immediate postwar years, the Stearman became popular as crop dusters and sports planes on air show.

This overview lists the sound effects categories of the Sounddogs Sounddogs - Bi-Plane Sound Effects according to the original track list. This list is based on the original metadata from the products sound files and allows a simple and easy way to import the files into your sound library administration software like Soundminer.

The Soundminer programs offer comprehensive tools and features for a modern workflow to administrate, search, find and transfer soundfiles directly to your editing system. Never heard of it? Read more about the industry-standard production system Soundminer and why it will make your editing day faster and easier than ever before!

This list is merely an overview. Please consult the Sounddogs - Bi-Plane Sound Effects track sheet for more information and a complete overview of all the recordings.