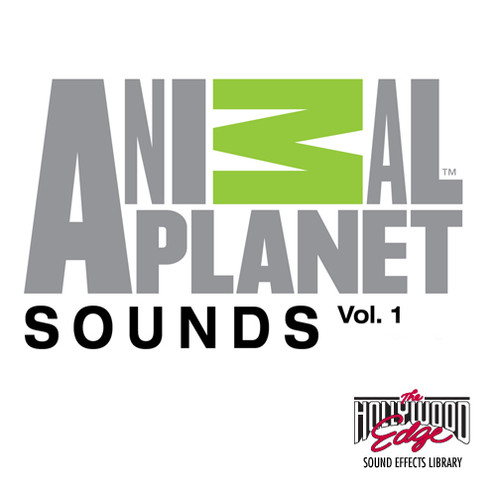 Animal Planet Sounds contains 728 Sounds and Recordings from some of the nature's moste distinctive and exclusive creatures.

The Animal Planet Sounds Collection from Hollywood Edge brings you face to face in front of rare and dangerous animals like geese and goats, cattle and dolphins. Meet bears and birds, elks and penguins, lions, pigs, ducks or run away from leopards or cougars.

This overview lists the contents of the Hollywood Edge Animal Planet Sounds according to the original audio CDs. Now all these sounds are available for download - complete with metadata for easy import into an administration software like Soundminer or any other metadata-reading software.

Never heard of Soundminer? Read more about the industry-standard production system Soundminer and why it will make your editing day faster and easier than ever before!

This list is merely an overview. Please consult the Animal Planet Sounds track sheet for more information and a complete overview of all the recordings.